Akbar and Jodha are household names in India, with Akbar regarded as one of the greatest kings to have ruled India. The film is treat to viewers with lush setups, beautiful songs, and some fine acting. It's a long film, but you don't want it to be over. The script is mostly based on the marriage of Akbar and Jodha, but also beautifully integrates the life style, religious beliefs, and the governance system of that time.

Get Yourself to the Cinema (queerdelys)

The star cast is scary !! I will need to muster all the courage to watch this !

Well good luck to astiam :-) I hope you enjoy it :-) Well, sweeney todd was brilliant but not comical :-)

Delicatessen is a comical tale set in an era where the food is scarce and the country is in chaos. The story revolves around the family and the tenants of a butcher in a remote French village who have

Unfortunately, the biggest losers are going to be the kids who are yet to be introduced to the Robin Hood stories. Imagine learning about Robin Hood through this film :-(

Uzak means 'distant' in Turkish and I doubt if there can be any other suitable title for this film. There are very few characters, very few dialogues, very less lighting and very slow camera movements

Ah, one of most awaited movies with a powerful cast-lineup, about one of the most beloved figures in English folklores, finally comes to the cinema. And when you watch, you realise, what a powerful punch
Chocolate (2008)

Prachya Pinkaew and Panna Rittikrai have created the magical stuff again, and this time with a female lead ! They have been constantly defining the art of "real action" movies, where the actors train the matrial art moves for years before a movie is filmed. It's incedible, considering that they have started a new style of action where the stunts are mixed with amazing moves, gymnastics and safety. Amazing debut for Jeeja !! Martial art fans, go for it !! 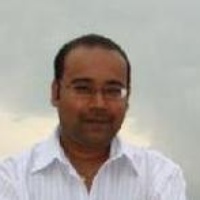